The British government was reluctant to make New Zealand a colony, but by doing so was able to control the sale and purchase of land. Māori were only to sell land to the government from then on. The signing of Te Tiriti o Waitangi meant the arrival of colonists. Conflict between Tangata Whēnua and the new Pākehā settlers began almost immediately as Pākehā ignored Te Tiriti. The New Zealand Company mismanaged land purchases, they were notorious for shady land purchases and sales. Governor George Grey arrived to crush any resistance to colonisation. He started to buy land for Pākehā in 1845.

Aotearoa was changing quickly in the late 1830s. Māori were still in the majority and enjoying entrepreneurialism across Aotearoa and the Pacific. However, British subjects and other Europeans were acquiring land from Māori and had set up valuable commercial operations. Large groups of settlers had set out for New Zealand in 1839. Crime, violence and general disorder was rife, and the British Resident from 1833, James Busby, could do little to control it. Foreign powers, notably the French, were also taking an interest in New Zealand. The British government appointed Captain William Hobson as consul and provided him with instructions to negotiate for the sovereignty of New Zealand and for the setting up of a British colony. A number of Māori considered they needed the protection offered by Queen Victoria from sections of settlers.

The Treaty of Waitangi is the founding document of New Zealand. It is an agreement entered into by representatives of the Crown and of most Māori iwi and hapū. It is named after Waitangi, in the Bay of Islands, where the Treaty was first signed on 6 February 1840. The Treaty was not drafted as a constitution or a statute. It was a broad statement of principles on which the British officials and Māori chiefs made a political covenant to found a nation state and build a government in New Zealand to deal with pressing new circumstances. Like many treaties, it is an exchange of promises between parties to it.

The Treaty in Māori, which was the original version, was deemed to convey the meaning of the English version, but there are important differences. Most significantly, in the Māori version the word sovereignty was translated as kawanatanga (governance). Some Māori believed that the governor would have authority over the settlers alone; others thought they were giving up the governance over their lands but retaining the right to manage their own affairs. The English version guaranteed ‘undisturbed possession’ of all properties, but the Māori version guaranteed ‘tino rangatiratanga’ (full authority) over ‘taonga’ (treasures, which can be intangible). The precise nature of the exchange within the Treaty of Waitangi is a matter of debate. The Treaty has three articles. In the English version, Māori cede the sovereignty of New Zealand to Britain; Māori give the Crown an exclusive right to buy lands they wish to sell and, in return, are guaranteed full rights of ownership of their lands, forests, fisheries and other possessions; and Māori are given the rights and privileges of British subjects.

New Zealand Police values include a commitment to Māori and the Treaty.

From 1840 to 1846 Police Magistracy Forces endeavoured to maintain law and order in the first Pākehā settlements established in the North and South Islands. This system was modelled on that of New South Wales, Australia. In the north, these settlements included the Bay of Islands, Auckland, New Plymouth, Whanganui and Wellington. Akaroa and Nelson were the two in the south. This system involved the appointment of a Police Magistrate, a Chief Constable and various ranks of police in each location. The Police Magistrate’s tasks included to investigate reports of offences, bring the accused to Court, hear the cases, and impose and administer penalties, including imprisonment through building and staffing gaols. They were in charge of everything to do with law and order. Possibly the most interesting location was at Akaroa, where Police Magistrate Robinson (Robinson’s Bay) had to oversee the French (and some German) settlers. The French warship L’Aube remained in the harbour, requiring the French-speaking Robinson to be a diplomat as well as carrying out his other duties. One of his staff, Sergeant William Barry, is also remembered in the harbour, with Barry’s Bay being named after him.

The New Zealand Company, through the operations of its chief negotiator Colonel William Wakefield, claimed to have purchased 1.2 million hectares of land in the Cook Strait region. On the basis of three dubious (and soon discredited) purchases, the Company set about establishing its main settlement at Port Nicholson (Wellington), where the first shiploads of immigrants arrived in January 1840.

The second of the Company’s planned settlements in the Cook Strait region was at Nelson. The Company claimed to have purchased land at Port Whakatū (Nelson) from Ngāti Toa in 1839. Captain Arthur Wakefield, William’s brother, subsequently negotiated with the resident Te Tau Ihu chiefs, who rejected Ngāti Toa’s claims to the area. By the end of February 1842 there were 500 settlers in Nelson and another 1500 on the way.

When the Company decided to push ahead with plans to survey the Wairau plains, Ngāti Toa were outraged. On 17 June 1843, 22 Europeans and four Māori were killed when an armed party of New Zealand Company settlers and police clashed with Ngāti Toa over the disputed purchase of land in the Wairau Valley. This conflict at Tuamarina, 10 km north of today’s town of Blenheim, was the first significant armed conflict between Māori and British settlers after the signing of the Treaty of Waitangi. Nine colonists were executed after surrendering, as retribution for the four mana whenua. Outraged settlers demanded action against Ngāti Toa. They were disappointed when the new governor, Robert FitzRoy, judged that the Tangata Whenua had been provoked by the Europeans. FitzRoy’s subsequent inaction was widely condemned by Pākehā, but the alternative, open warfare with Ngāti Toa, would have been disastrous for settlers struggling to establish themselves in a new land.

The sequels to Wairau were further fighting in the Hutt Valley and Porirua in 1846, and in Whanganui in 1847. In each case the causes, and the participants, were largely those involved in 1843.

In November 1845, George Grey (who had been the Governor in South Australia) arrived in New Zealand to replace Governor FitzRoy. Grey’s initial task was to crush all resistance in the North. He was provided with military resources substantially superior to those of his predecessors and the freedom of enforcement.

Not long after taking office, Grey rescinded the Native Exemption Ordinance, which had been established by FitzRoy in mid-1844. The Ordinance sought to alleviate the harsh application of Pākehā law to Māori, particularly in cases not involving Pākehā, and formalised the principle of utu in court proceedings. In criminal cases other than rape and murder, a Māori offender was freed on payment of £20 to the victim. In cases involving only Māori, the Police Magistrate would not intervene unless requested by iwi. Interception of a wanted Māori outside town limits could only be by two chiefs of the iwi of the accused. In 1845, FitzRoy extended the principle to assault cases by authorising the payment of half the fine for such offences to the victim of the assault. No Māori could be imprisoned for debt. Pākehā offenders, serious Māori offenders, ‘rebels’ and those Māori detached from their hapū – the so-called ‘town rangers’ – continued to be imprisoned or transported. By the simple act of rescinding the Native Exemption Ordinance, Governor Grey created an environment that ensured Māori would fall foul of Pākehā law. 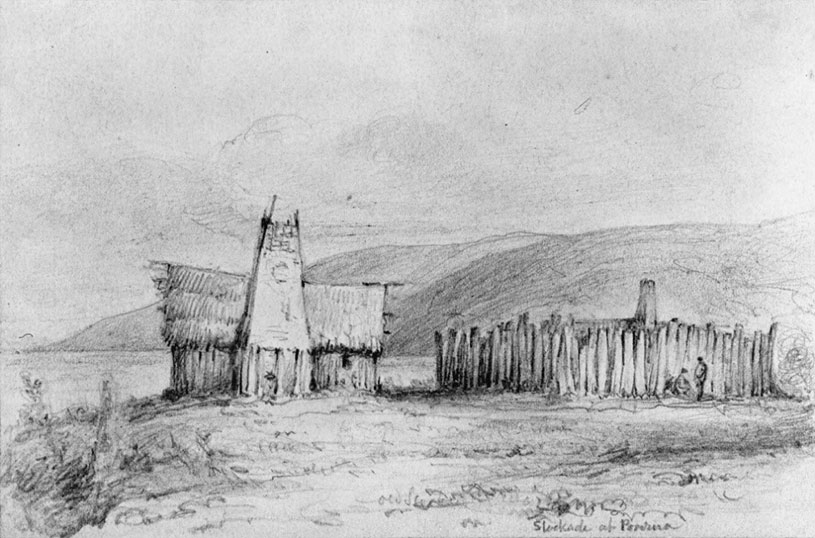 George Grey arrived in New Zealand armed with experience of policing in Ireland in a military style. He also had ideas about rapidly assimilating indigenous people because of his recent experience in South Australia.

He stressed to settlers the idea of his new system of armed policing by emphasising how it would suppress resistance and attacks from Māori and keep European settlers safe. It actually existed to control both races. Inspectors of Police and Resident Magistrates replaced Police Magistrates and men were chosen to surveil, fight and occupy after battles.

New Zealand was separated into two provinces: New Ulster in the north and New Munster south of the Patea river-mouth, including the South Island. But the separation did not impact on how Grey administered his police.

His plan to bring about peace by creating Armed Police Forces was legalised by Special Ordinance on 9 October 1846. Forces were formed in Auckland, New Plymouth, Wellington, Nelson and Akaroa, alongside the military.

Grey recruited Māori because they knew the land and were to be an example to their people. This was his contribution to ‘civilising’ indigenous people, a way of encouraging Māori to take part in the administration of laws in the country as it was being shaped by the settlers.