1895 Minnie Dean on trial in Invercargill

Fifty-year-old Minnie Dean is the only woman among the 85 people executed through capital punishment in New Zealand. It is not known how many children’s deaths she was responsible for, but on 18 June 1895 the trial began in the Supreme Court at Invercargill before Mr Justice Joshua Strange Williams. Two charges of murdering a female child named Dorothy Edith Carter and a second unidentified female infant were before the Court. This second child was later named as Eva Hornsby. Each charge was to be dealt with separately, depending on the result of the Carter prosecution. After a four-day trial Minnie was found guilty, meaning the second charge did not proceed. Minnie did not give evidence, as her counsel, Alfred Hanlon and Josiah Hanan realised they  ... could not depend on anything she said unless they really knew it to be true independently of her.

Minnie was engaged in ‘baby farming’* on her property near Winton. She claimed missing children she had been responsible for had been found new homes. However, this claim was strongly undermined when the skeleton of one of these children, Willie Phelan, was found buried in her garden. The Executive Council had always been loath to execute women, but they believed they were fully justified in Minnie’s case.

*Unmarried mothers would pay ‘baby farmers’ to have their babies looked after and for an adoption to be arranged. 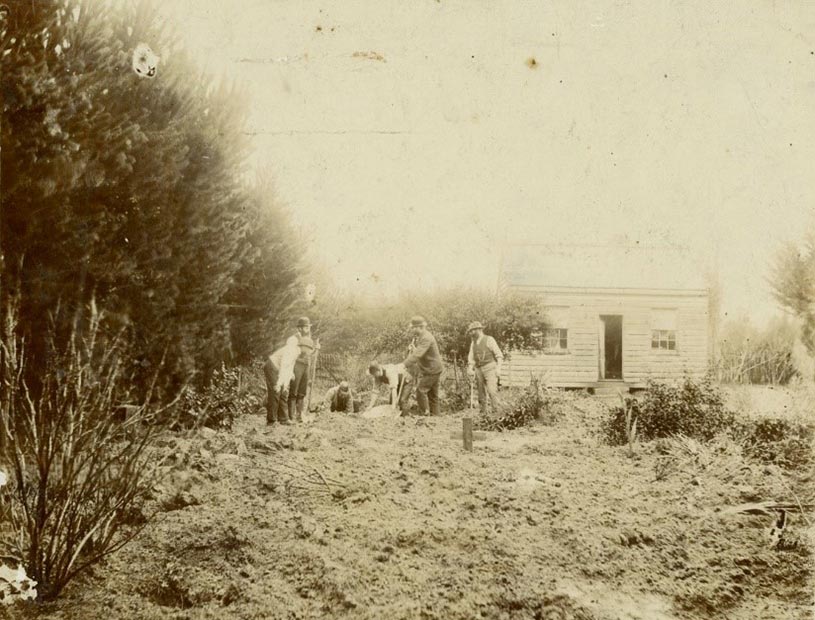 This was the climax of widespread Māori opposition to dog registration. Most Māori had little involvement with the cash economy and owned many dogs, especially for hunting. They saw the annual ‘dog tax’ of 2s 6d per dog as discrimination.

In April 1898 a relative of Hōne Tōia of Te Mahurehure told officials that his people would not pay land, dog or other taxes, and would continue to shoot pigeons out of season. After armed Māori visited Rāwene, Richard Seddon’s government rushed troops and a gunboat from Auckland. As Lieutenant-Colonel Stewart Newall’s force trudged towards Waimā, Hōne Heke Ngāpua MP urged Hōne Tōia to surrender. In the nick of time, he sent a messenger to call off a planned ambush. Next day the Waimā leaders laid down their arms. Sixteen men, including Tōia, were arrested by police and subsequently pleaded guilty to illegal assembly; the ringleaders were gaoled for 18 months. The fines and taxes were paid after the authorities prudently awarded the hapū a contract to produce railway sleepers. 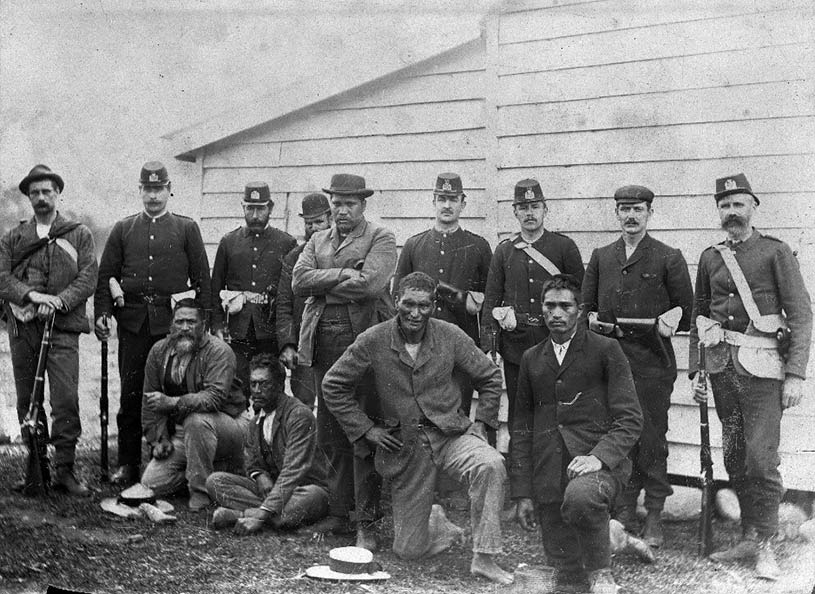 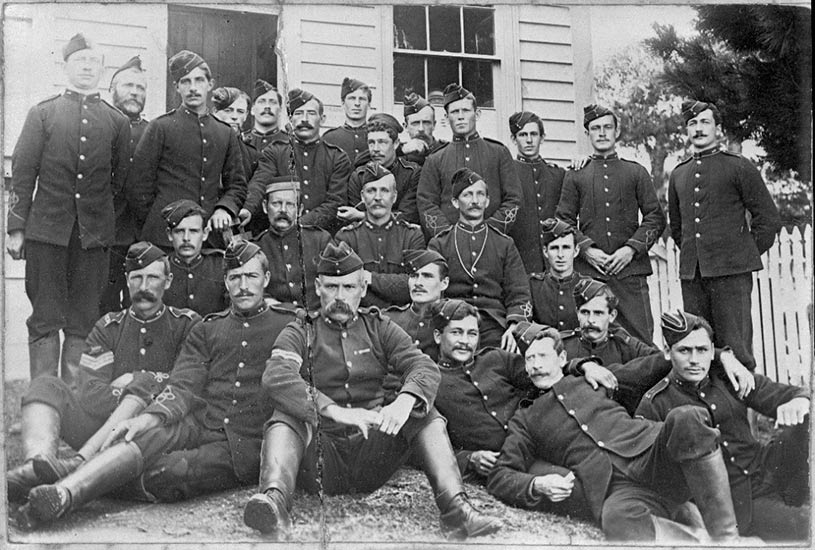 The Mount Cook Police Station building was opened on 11 April 1894 with Sergeant Paul Shirley in charge. An important finding of the 1898 Police Royal Commission was that recruits needed formal training in their duties. In 1898 Sergeant John O’Donovan, a former teacher in Ireland, who qualified as a solicitor after joining the Police Branch of the New Zealand Constabulary Force at Hokitika in 1879, was appointed to establish a Training Depot on the first floor of the working Police Station.

The Depot consisted of barracks and a classroom. Ten trainees began a two-month course in December 1898. The first month was devoted to law, police regulations and duties, while the second included attending court sessions and patrolling with Wellington constables to learn beat work. Constable C R Sutherland from the Station also drilled the trainees for an hour before breakfast. By May 1901, 134 men had been trained, and only 17 had failed to qualify as a constable. The highly capable O’Donovan became Commissioner of Police from 1916 to 1921, and is still regarded as one of New Zealand Police’s most successful and innovative commissioners. 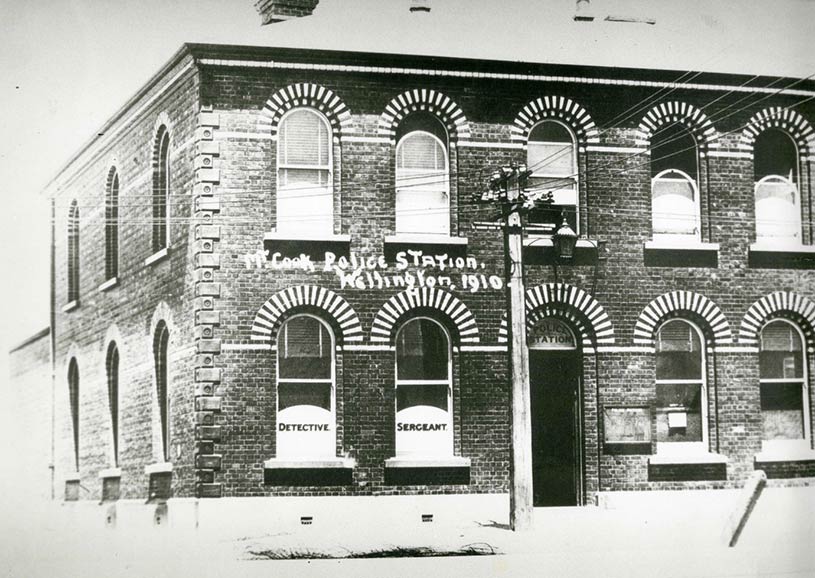