Te Whiti-o-Rongomai and Tohu Kākahi, of Taranaki and Te Ātiawa iwi, were the main leaders at Parihaka in 1881, and it was their message which has ensured Parihaka has come to symbolise peaceful resistance in the face of land confiscation.

Founded in the mid-1860s, Parihaka was soon attracting dispossessed and disillusioned Māori from around the country. In May 1879 the colonial government moved to actually occupy fertile land in the Waimate Plains that had been declared confiscated in the 1860s. Te Whiti and Tohu developed tactics of non-violent resistance.

Ploughmen from Parihaka fanned out across Taranaki to assert continuing Māori ownership of the land. The government responded with laws targeting the Parihaka protesters and imprisoned several hundred ploughmen without trial.

Following an election in September 1879, the new government announced an enquiry into the confiscations while sending the ploughmen to South Island gaols. In 1880 the West Coast Commission recommended creating reserves for the Parihaka people. Meanwhile, the government began constructing roads across cultivated land. Men from Parihaka who rebuilt their fences soon joined the ploughmen in detention.

The prisoners were released in early 1881. After ploughing resumed in July, John Hall’s government decided to act decisively. A proclamation on 19 October gave the ‘Parihaka natives’ 14 days to accept the reserves offered or face the consequences.

On 5 November, 1600 volunteers and New Zealand Constabulary Field Force constables marched on Parihaka. Several thousand Māori sat quietly on the marae as refreshments and singing children greeted the force led by Native Minister John Bryce who viewed Parihaka as a ‘headquarters of fanaticism and disaffection’. Bryce ordered the arrest of Parihaka’s leaders, the destruction of much of the village and the dispersal of most of its inhabitants.

Te Whiti and Tohu had ensured everyone at Parihaka understood they were to offer no resistance to the troops. So when Te Whiti and Tohu were arrested, the government forces were surprised at the silence which met them and the dignified way their prisoners surrendered. This was how Parihaka was able to escape anticipated violence and killing on that day.

Parihaka Pā was subsequently destroyed over the next few weeks. Its occupation then lasted for five more years. The prisoners were returned in 1883, although Te Whiti was imprisoned twice more before his death in 1907. The Sim Commission which investigated these events in the 1920s was told that women were raped, with some bearing children as a result.

In 2017 the Crown apologised for the outrages committed at Parihaka, including the imprisonment without trial of residents, the depravation of the prisoners’ basic human rights, the invasion and forced eviction of residents, the sacking of the Pā, and for the rapes committed by Crown forces and the arrests of Te Whiti and Tohu.

The white albatross feather toroa raukura, worn in the hair of Te Whiti and Tohu’s followers, is a symbol of Parihaka’s passive resistance movement. Each year on 5 November a remembrance day is held. This is a day of respect, memorialising the sadness, tenacity and survival of Parihaka’s people. 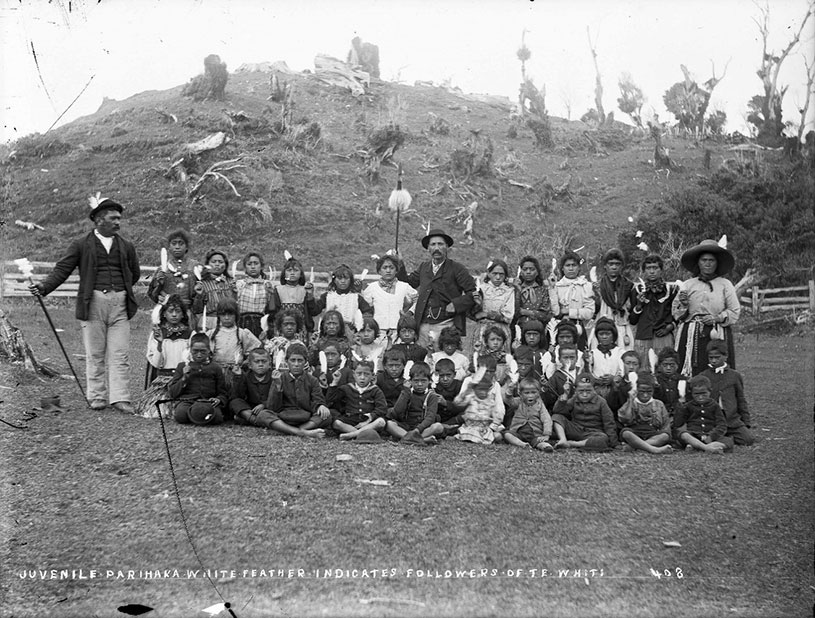 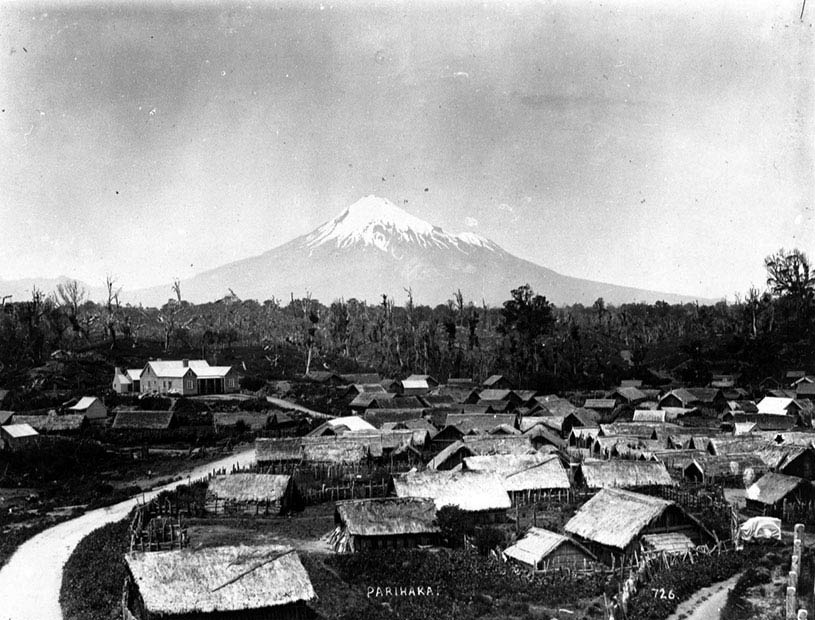 The colonial government believed they had conquered the indigenous population and their desire for self-determination. They decided this was the time to definitively split policing from soldiering. On 1 September, the unarmed New Zealand Police Force and the Permanent Militia came into being, leaving the Police to concentrate solely on the preservation of the peace and the investigation and detection of offences. Interestingly, however, both bodies still reported to the Minister of Defence. The first Commissioner was politician/soldier Sir George Whitmore, who was succeeded in 1887 by Major Walter Gudgeon, who was in turn succeeded in 1890 by prison administrator Lieutenant Colonel Arthur Hume, continuing his role of Inspector of Prisons as well as being Commissioner of Police.

The ranks below that of Commissioner were initially inspector, sergeant and constable, with others being added later. The situation at the top changed in 1897 when a former Chief Inspector from Scotland Yard, John Tunbridge, became the country’s first professional Police Commissioner. In 1898 a Royal Commission, led by Magistrate Herbert Wardell and of which both Hume and Tunbridge were members, travelled the country to determine the way forward for the policing of a much more settled society. 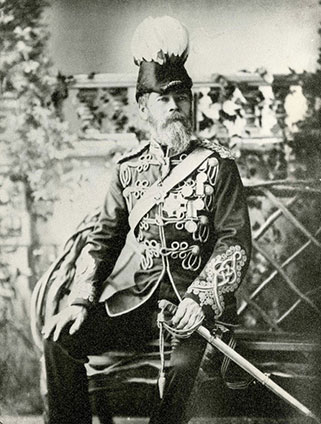