The invention of mug shots 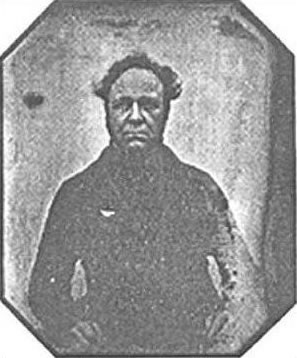 When photography was invented in the first half of the 19th century, it seemed to be the solution to problems with criminal identification that police around the world had been waiting for: finally, they did not have to rely on their memories and written descriptions of prisoners to recognise criminals.

As early as 1841 the French began making daguerreotypes of prisoners, but the earliest mug shot still in existence was taken by Belgian officials in 1843. Within the same decade, British Police also employed their first professional photographer. At first, photographs of criminals were mainly used as a tool to help familiarise regional police with vagrants who would move from place to place committing crimes. Soon, however, many prisons began systematically photographing incarcerated prisoners in order to supplement their written descriptions and help defeat the use of aliases. In 1854 Swiss authorities began circulating photographs of criminals to the public for the first time, pre-empting the 'Wanted' posters that were made famous in the American Wild West during the 1860s.

In 1858 the New York Police Department opened its first ‘rogues gallery’ to the public. Here, people were invited to look through galleries of mug shots in order to familiarise themselves with local criminals, and possibly help identify offenders. Rather than a practical aid to police, however, some scholars have criticised rogues galleries as merely a source of entertainment for Victorian voyeurs. Furthermore, they claim that mug shots at this time served to publicly humiliate and punish the offender more than as a practical means of recording information. Nonetheless, the trend caught on around the world, with galleries opening in Germany in 1864, Russia in 1867 and England in 1870. Soon, mug shots became a familiar type of image that was easily recognisable by almost everyone, and a standard aspect of police work.

Check out the Rogue’s Gallery of New Zealand Police Museum. 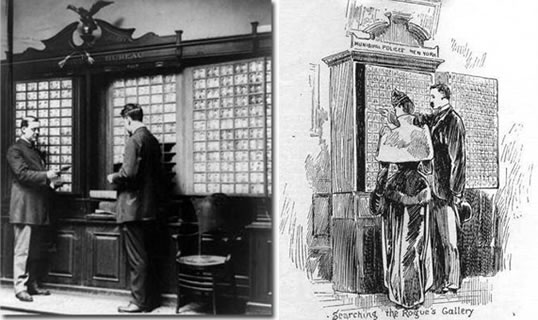 Rogue’s Gallery, New York Police Department. These collections of mug shots were open to the public in the late 19th century.