Today, there are many techniques which police use to identify criminals. Fingerprinting, photographs, and DNA are just some of the tools police can use to confirm the identity of someone they have arrested or to determine who is responsible for a crime. However, before these modern techniques were discovered, law enforcers had to rely on simpler methods of criminal identification, from basic face memorisation to brutal methods of permanently marking offenders. 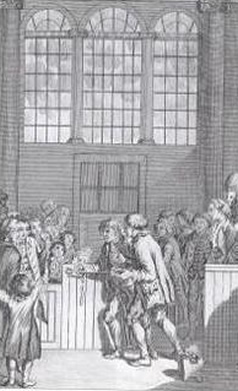 Branding the skin of criminals with a hot iron was an identification tactic which painfully marked individuals for life. Branding combined physical punishment, public humiliation and identification, and was used as early as 10,000 BC in Japan, by Ancient Greeks and Romans, throughout the Middle Ages, and even into the early modern period.

In Medieval England, for example, the Statute of Vagabonds issued in 1547 ordered that vagabonds, Gypsies, runaway slaves and brawlers to be branded on the chest, cheek or forehead. In London's central criminal court (known as the Old Bailey) 17th and 18th century criminals who were found guilty of manslaughter or pleaded 'benefit of the clergy' were branded on the thumb so they would not be able to receive the benefit again. (The 'benefit of the clergy' was the right of churches to punish their own members, so the criminal court had to hand the criminal over to church officials. Until 1779, criminals who received this benefit were branded on the thumb so they wouldn't be spared court punishment more than once.) This branding took place right in the courtroom, in front of spectators. Between 1699-1707 criminals were even branded on the cheek in an attempt to further deter future offenders.

Criminal branding in the Old Bailey ended after 1779, but the punishment was sometimes still practiced in the colonies or under special circumstances. For example, even as late as the 1860s deserters during the American Civil War were branded as a way to both punish and identify them.

The earliest recorded instance of using tattoos to mark criminals for the purposes of identification and punishment occurred in Japan in 720 AD. From that time, tattooing criminals became a common method of criminal identification in Japan. It even became the official punishment from 1720, replacing the amputation of the nose and ears. Criminals could be tattooed with rings around the arm or a character tattoo on the forehead. In one region, a line was tattooed on the forehead of criminals for each crime they committed, until the character for 'dog' was spelled out. This practice continued regularly until 1870, when it was abolished by the Emperor under the new Meiji government. Like branding, tattooing made criminals unemployable and turned them into social outcasts. In Japan, these tattooed outlaws often formed criminal gangs in order to survive. These gangs formed the roots of yakuza, the modern organized crime syndicate who are known for their elaborate tattoos. 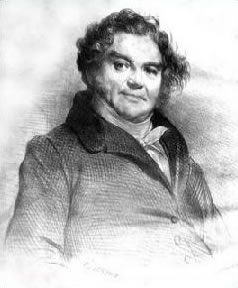 Eugène-François Vidocq by Achille Deverie. Vidocq and his trained agents memorized the faces of thousands of Paris criminals in the early 19th century by visiting gaols and systematically watching prisoners as they walked in circles in the prison exercise yard.

Although methods of physically marking criminals existed, early law enforcers still relied most heavily on their powers of recognition for the identification of criminals. Before the 18th century this was a much easier task: communities were much smaller, and people rarely travelled beyond the places they were born. Police could often rely on simple visual recognition of the people in their community to identify an apprehended suspect.

During the Industrial Revolution, however, mass urbanisation occurred and massive cities quickly developed. With these new ‘societies of strangers’ simple recognition became a far less reliable process. In some areas, it became a standard police responsibility to memorise the faces of local criminals.

No law enforcement agent was more dedicated to this approach than Eugène-Francçois Vidocq, a French private detective in the early 19th century. Vidocq was a convicted criminal who became a successful secret agent for the Paris police, and later organized the first plainclothes unit of the Police in 1813. Often regarded as the first private detective and the father of modern criminology, Vidocq collected information on over 30,000 criminals and attempted to develop a system for the rapid identification and retrieval of criminal identities and information. The central component of his system relied on the systematic memorisation of thousands of criminal faces. To achieve this, Vidocq and his trained agents would make regular trips to prisons and carefully observe the prisoners as they walked in a circle in the exercise yard.

Police in large cities around the world also began keeping records of criminal names and descriptions of their appearances. For example, as early as 1797 Newgate Prison in New York began keeping comprehensive written descriptions of convicted criminals using a Convict Description docket to help standardise the descriptive terms used. In addition to their name, place of origin, date of birth, complexion, hair, stature and country, the register recorded distinctive features such as “high forehead”, “pockmarked”, or “red nose.” Systems like these, however, could easily be defeated by the use of an alias and was ineffective for criminals with commonly occurring names.

The Need for a Modern System of Criminal Identification

By the 1840s, barbaric practices of physically marking criminals had gone out of fashion. The modern approach to criminal punishment emphasised limiting a person's freedom rather than physically punishing their bodies. However as the population grew, criminal identification techniques like facial memorisation and written descriptions were becoming more and more inadequate, and the flaws in these outdated systems were increasingly criticised. This was partly to do with growing fears of recidivism - the repetition of criminal behaviour by an individual. With the development of criminal statistics in the first half of the century, criminologists realised that statistically most people who commit crime go on to re-offend. Furthermore, the majority of crime is committed by these habitual re-offenders. Because of this, prisons and other forms of criminal punishment were designed purposely to be harsh in order to deter future re-offenders, and laws were passed to punish recidivists more harshly than first time offenders. In the opinion of both law enforcers and the general public, an efficient modern system of criminal identification was needed to deal with this social problem.