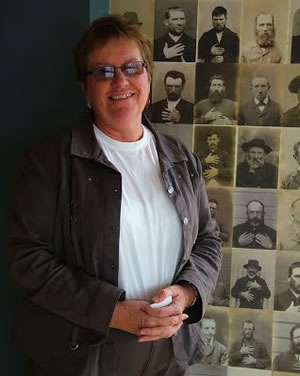 These photographs are then forwarded to Police National Headquarters, where the mug shots are loaded into the police's image management database. If a suspect is later acquitted of the crime, their image is deleted off the system and the image is destroyed. Mug shots are registered using facial recognition software, which calculates facial biometrics and can match the image to other similar looking faces. This principal of recognising someone using facial measurements is similar to the system devised by Alphonse Bertillon over a century ago. By pairing his innovations with the computer technology of today, his method of criminal identification is finally the powerful tool he once hoped.

Trained and approved members of police can access the mug shots database electronically anywhere in the country. They are able to search for images using a wide range of criteria, such as name, age, or facial characteristics.

They are also able to use the facial recognition software to search for similar faces. The database of mug shots can be used to create line ups for witness identification purposes, create photo books of criminal affiliations (such as members of a gang), or simply to retrieve a photographic image of a suspect.

The introduction of digital photography in 2000 and facial identification software in 2008 revolutionised the police approach to mug shots. Although mug shots have been a standard part of New Zealand Police work for over 120 years, this was one of the only major changes in approach since their introduction: even up until the mid 1990s, the New Zealand Police relied largely on manually searching through printed photographs to identify suspects.

Today, technology surrounding facial recognition, criminal identification and image management continues to evolve at an astounding pace. As these fields develop into the future, there seems little doubt that mug shots will remain a significant part of the work of New Zealand Police.