The Auckland City District stretches between Herne Bay and Freeman's Bay to the north, St Heliers to the East, Onehunga in the south and Avondale in the west. It includes Waiheke and Great Barrier Islands. 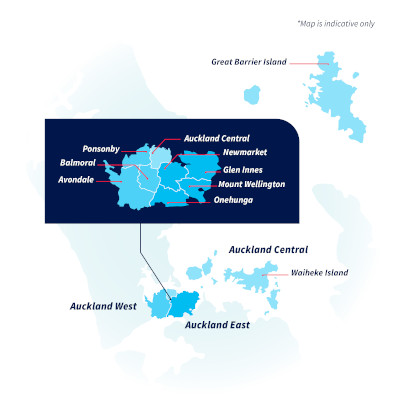 It employs nearly 1,000 staff, many of whom, such as those in the Air Support Unit, Maritime Support Unit and Dog Section, also work in neighbouring districts.

Neighbourhood Policing Teams aim to reduce crime, prevent victimisation, improve perceptions of safety and increase trust and confidence in Police. Their efforts are concentrated in their identified priority neighbourhoods.

The Auckland City District Adult Sexual Assault Team was established in 2006 to provide a more efficient and effective way of investigating complaints of adult sexual assault and to ensure that victims receive a first class Police service. Our close working relationships with the crisis support and counselling service - Auckland Sexual Abuse HELP - and medical services, Sexual Abuse Assessment and Treatment Services (SAATS), mean we can provide victims with avenues to gain quality support services for help with treatment after abuse. As a result of bringing these components together, the Adult Sexual Assault Team is able to: