The Southern Police District is the largest geographical police district in the country. Our patch covers a quarter of the country’s landmass, from Stewart Island in the south, north to the Waitaki River and west to Haast. 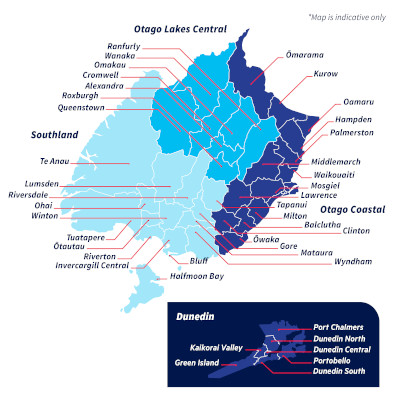 We have the most one- and two-person police stations of any police district. This bears testament to our widely dispersed rural population, which complements the cities of Invercargill and Dunedin and the internationally-acclaimed and fast-growing tourist region of Queenstown Lakes.

Over recent years Southern communities have enjoyed some of the lowest crime rates in New Zealand.

These teams aim to reduce crime, prevent victimisation, improve perceptions of safety and increase trust and confidence in Police. Their efforts are concentrated in their identified priority neighbourhoods.