The Bay of Plenty Police District covers the area from Katikati in the north, east to the tip of the East Cape and south past Tūrangi in the central North Island. 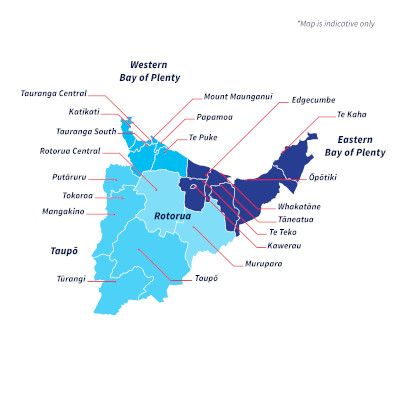 See the latest news from Bay of Plenty District.

Stations
Find a police station in Bay of Plenty district