A man with a loaded double-barrelled shotgun and a family in grave danger, Ōtaki, 27 May 1951 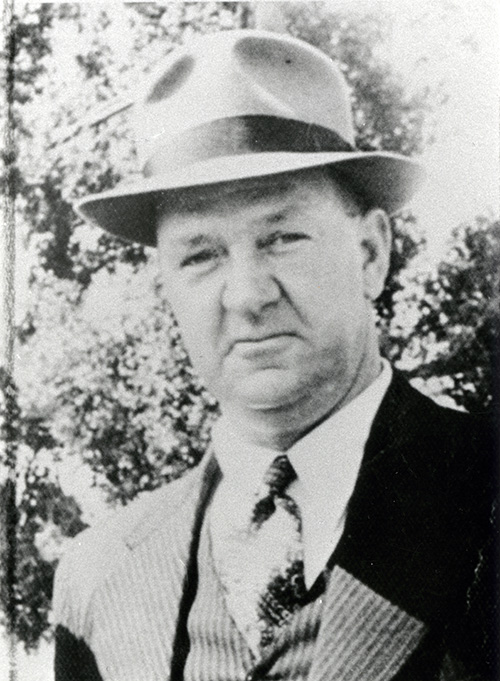 While Sergeant William Hughes was not awarded a Royal Bravery Award, we have included him here because it’s felt he deserved one. A number of forces worked against him perhaps receiving the George Cross. New Zealand Police didn’t forward any bravery citations for consideration in 1951 or 1952. The Commissioner had died in office and New Zealand Police were overwhelmed with the scale of the Waterfront Workers Strike.

Ōtaki was a two-person station in 1951, and the Hughes family lived in the house attached to the Station in Iti Street. On Sunday 27 May, Sergeant Hughes was on his own, because Constable Mick Hobbs had been sent to Wellington on Strike duty.

The offender was armed with a shot gun and a quantity of 12 gauge cartridges. He was threatening a family group, having fired numerous shots at them. The mother, Mary Wehipeihana Te Hiwi (41) was in a relationship with the offender but he had been making advances toward her 16 year old daughter, Victoria. Mary asked her eldest daughter Pearl France (22) to take Victoria to Wellington and safety. Pearl had arrived to do just that. Two teenaged friends, Leonie Raika (15) and Kare Gilbert (11) were visiting at the property. Frightened for their lives Mary and Pearl went to a neighbour and phoned for the police. Sergeant Hughes arrived at 14:00, but the offender was no-where to be seen.

Everyone returned to the house and Victoria continued packing for her trip. Sergeant Hughes came in to find out what had been happening and to take statements, when a shotgun blast came through the wall. Sergeant Hughes leapt to his feet and from the doorway aimed a shot at the offender with his service revolver. The offender responded with another blast which struck Sergeant Hughes on the arm and sent him flying over a chair. Mary and Pearl quickly barricaded the door shut while Victoria, Leonie and Kare dived under a bed. Sergeant Hughes was now unable to use his revolver, and so he pushed it over to Pearl, while the children moved the bed against the door to try and baffle the shots that were being fired into it. The offender moved around to the window and broke the glass with the shotgun barrel. Sergeant Hughes got to his feet and grabbed the barrel, trying to wrestle the gun from the offender. Another shot was fired and Sergeant Hughes sank to the ground. Mary jumped through the window with the revolver and tried to distract the offender, he shot her in the back killing her instantly. He then took possession of Sergeant Hughes’ revolver. By this time, its chamber was empty. Leonie saw a chance to escape and ran from the building.

The offender shot himself in the chest, having already killed Sergeant Hughes, Mary, Pearl and Victoria. All of his victims were extremely brave that tragic day. Leonie and Kare survived and were able to recount the shocking events.

In the face of real adversity, one’s true character emerges and is laid bare for the world to see. William’s bravery was in the highest traditions of the New Zealand Police. And while many years have passed, such deeds should be recognised and never forgotten.