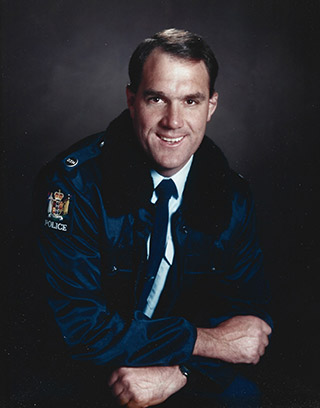 Shortly after midnight on 4 June 2001, Constable Knight attended a violent family harm incident near Tapanui (West Otago). The two occupants of the house had been traumatised by the actions of the male occupant’s brother who had broken into the house and assaulted the man, causing serious injury. He threatened to kill the woman and her children and had unsuccessfully attempted to open their firearms cabinet.

By this time, the woman and children had sought safety in a bedroom. Unable to gain access to them, the intruder retreated, armed with a knife and threatening to kill. At this point Constable Knight arrived alone and called for Police back-up, which he knew would take up to 40 minutes to arrive. The intruder reappeared, resisted arrest and engaged in a violent struggle with Constable Knight who managed to restrain him for 30 minutes until the local Fire Brigade arrived to assist. The offender was subsequently charged with numerous offences.