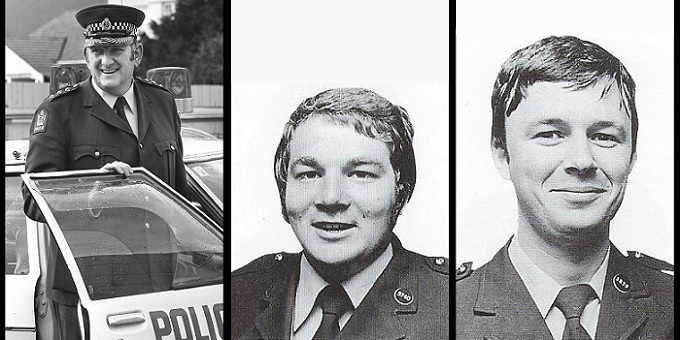 Around 7.40pm on 2 April 1978, a 22-year-old man left his Miramar home with a .308 BRNO rifle and a .303 calibre rifle and ammunition for both. He fired a shot at a passing motorcyclist but just missed him. He then shot and killed 19-year-old Neil Marshall who was innocently sitting at a lighted window talking on the telephone. He then fired shots at a woman and at the murdered youth’s mother but missed both. Further down the road he discarded the .303 rifle and ammunition. Constables Kerry Borrows and Gerard Prins were on patrol. Both were unarmed and, although aware a person had been shot, didn’t know the circumstances surrounding the incident. On seeing the offender they approached him and, despite being threatened, attempted to apprehend him.

Inspector Melroy Huggard arrived on the scene and approached the offender who warned he would be shot if he came any closer. The offender then released the safety catch of the rifle in an attempt to stall Inspector Huggard. With complete disregard for his own safety, Inspector Huggard lunged at the offender, knocking the firearm aside and pushing him to the ground.

On later inspection, the rifle contained five live rounds of ammunition in the magazine. Further loss of life would have resulted if Inspector Huggard hadn’t taken action. He displayed outstanding courage.

The manner in which this extremely dangerous situation was handled by Inspector Huggard and Constables Borrows and Prins is in the highest traditions of the New Zealand Police. 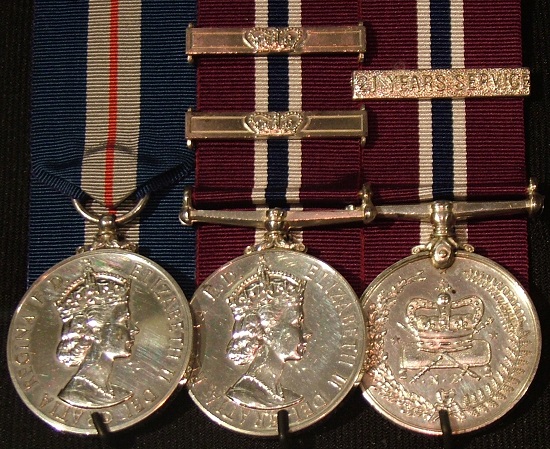 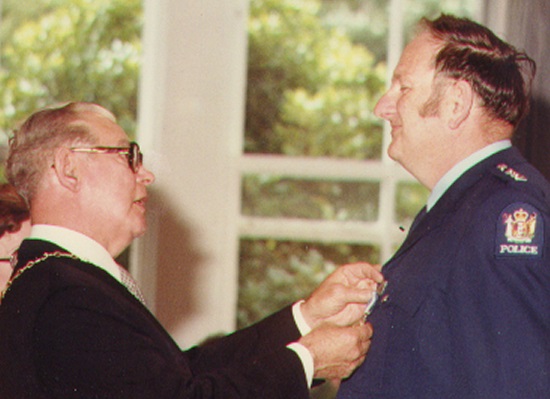