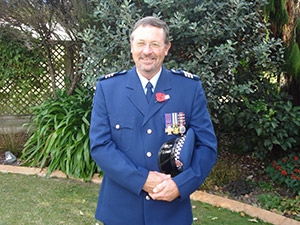 On 29 July 1993, a mentally unwell man entered the Morrinsville Police Station with a number of explosive devices strapped to his body. He held Police and three members of the public hostage and threatened to detonate the bombs attached to his body. Sergeant Cantley entered the building to confront the man and was able to help two of the hostages escape.

He then re-entered the Police Station in an attempt to release the remaining hostage and overpower the man. Alongside two other Police Officers he was able to achieve the release of the last hostage. However, during this struggle another constable was wounded and the offender was fatally shot by police. Throughout the incident Sergeant Cantley showed complete disregard for his own safety.