At approximately 8pm on 13 November 1990, at the seaside town of Aramoana (near Dunedin), a 33-year-old resident went on a murderous rampage. He killed 13 people.

At approximately 8pm on 13 November 1990, at the seaside town of Aramoana (near Dunedin), a 33-year-old resident went on a murderous rampage. He killed 13 people. Throughout the night Police searched for the gunman. He was located the next day. Police shot and injured him as he came out of a house firing a military style semi-automatic weapon. He died soon after.

As events unfolded, Chiquita Holden (9) witnessed her father Garry’s murder and was shot in the stomach by the gunman. Although seriously wounded, she got past the gunman to alert neighbour Julie Bryson that her daughter Rewa, and Chiquita’s sister Jasmine were in the now burning Holden home. The pair drove to rescue them but were fired on by the gunman.

Helen Dickson (72) heard gunshots and realised her neighbour’s house was on fire. She and another neighbour, Chris Cole (62), went to investigate. The gunman appeared and began firing at the pair, shooting Cole in his lower back. Unable to flee because of her two artificial hips and restricted movement because of surgery on her arm, Dickson helped seriously wounded Cole to the roadside, where they both collapsed. When she noticed how badly Cole was hurt, Dickson crawled on her stomach about 100m to a telephone booth. After calling for Police and an ambulance, she crawled back to her wounded friend and comforted him while they waited for help to arrive.

Mrs Dickson became concerned at the time it was taking for paramedics to get there, so she crawled back to her house and called emergency services again. She continued to update Police as the night of terror unfolded, unaware the gunman had killed her son James (45).

Vic Crimp (71) went with a friend to alert Tim Jamieson (69) of the danger. The gunman fired on both men as they attempted to enter Mr Jamieson's house. The friend ran, but Mr Crimp managed to get into the house to warn Mr Jamieson. Mr Crimp was followed inside by the gunman who fatally shot both men. Mr Crimp's determined action in warning Mr Jamieson of the impending danger was an exemplary act of bravery, at the cost of his own life.

Sergeant Stewart Guthrie (41), the officer in charge of the Port Chalmers Police Station, was the sole duty officer at the time the incident was reported. He was able to identify the gunman as a person he knew. Sergeant Guthrie went to the Aramoana township alone and armed. On arrival he called on the services of Constable Russell Anderson who was waiting outside the township as a volunteer firefighter. Sergeant Guthrie took immediate command of the situation, armed Constable Anderson with a privately-owned, rusty .22 rifle and the pair reconnoitred the village. Their every movement was fraught with danger. As they moved about the village they were constantly reminded of their own danger by the extent of the visible carnage. The gunman had already killed 12 people, including four children. Others lay wounded.

With limited resources available to him and pending darkness, Sergeant Guthrie had the task of locating and containing the offender, dealing with the wounded and preventing further loss of life. On arrival near the gunman’s house, Sergeant Guthrie deployed Constable Harvey to cover the front of the house while he went to the more dangerous position at the rear. A thin cordon of the gunman’s house was later completed by the arrival of Detective Paul Knox, Constable Terry Van Turnhout and Senior Constable David Weir. The offender had been sighted in his house and it can only be assumed that Sergeant Guthrie chose the dangerous position based on his sense of responsibility and the fact he knew the area and the gunman. Sergeant Guthrie had given clear and concise situation reports to Police Control and clearly indicated his intention to contain the gunman. He could see the offender inside the house and became concerned he might soon move as he had blackened his face and put on a backpack. The Sergeant reported the gunman breaking windows and endeavouring to throw what appeared to be an incendiary device. After spending some time moving about his property, the gunman moved toward Constable Harvey’s position. Sergeant Guthrie reported his concern that he’d lost sight of the gunman and warned Detective Knox to advise staff to be alert. Constable Harvey had now sighted the gunman approaching him and issued a challenge; he retreated in haste, passing to the rear of his property.

Due to the lack of portable radios, Sergeant Guthrie was unaware of this movement. Sergeant Guthrie had taken cover in sand dunes at the rear of the crib (seaside cottage) next to the gunman’s house when suddenly, out of the darkness, he was confronted by the gunman. Sergeant Guthrie very courageously challenged him, saying “Stop David, stop or I shoot”. The Sergeant then discharged a warning shot from his .38 calibre police revolver. The gunman then moved around and down upon Sergeant Guthrie, killing him instantly in a volley of shots, before taking his revolver.

Throughout this ordeal Sergeant Guthrie displayed conspicuous courage. His actions in placing himself in danger to protect his staff and members of the public at the cost of his own life were selfless acts of heroism. His bravery and courage were in the highest traditions of the New Zealand Police.

With Detective Paul Knox, Constable Don Harvey maintained a cordon at the front of the gunman’s house. Sergeant Guthrie was positioned at the rear of the house where it was believed the gunman was contained. On learning that the gunman was not within the thin Police cordon, he and Detective Knox set out in search of him. Constable Harvey heard a challenge to the gunman and headed toward the direction of the voice. They were without radio communication and their every movement was fraught with danger. Constable Harvey gained a fleeting view of the gunman as he walked over a high piece of ground. The gunman fired a volley of shots at an unknown target and his possession of a .38 calibre police revolver indicated to Constable Harvey that a member of Police had been incapacitated.

After locating the slain Sergeant and radioing the shooting to Control, Detective Knox joined Constable Harvey. Believing the gunman might have further weapons in his house and despite not knowing his exact whereabouts, the two officers approached, entered and searched his premises. The gunman had decamped but the search revealed three high-powered firearms and a quantity of ammunition. Constable Harvey seized the weapons and removed them from the premises. Still without portable radio communications, Constable Harvey and Detective Knox decided to make for safer ground. During this movement the two officers passed a parked utility vehicle where a number of bodies lay. Again, Constable Harvey and Detective Knox exposed themselves to extreme danger while checking the vehicle and condition of the gunman’s victims. Finding one of the six people alive, the two officers decided to instigate an evacuation. Constable Harvey faced further danger by returning to a Police vehicle to meet the arriving Armed Offenders Squad (AOS) and to arrange the evacuation. Detective Knox remained with a wounded girl for nearly 40 minutes before she was evacuated in a daring rescue.

Constable Harvey and Detective Knox, in difficult and dangerous conditions, displayed exemplary acts of bravery in the highest traditions of the New Zealand Police.

Constable Terry Van Turnhout and Senior Constable David Weir volunteered to recover two victims, although the whereabouts of the gunman was unknown. They proceeded in a Police dog van into an open intersection to recover a wounded man, knowing they had virtually no protection from gunfire. Senior Constable Weir positioned the van to allow Constable Van Turnhout to drag the wounded man into the passenger’s side of the vehicle. Senior Constable Weir then reversed the vehicle at speed to a waiting ambulance. Tragically the victim later died. The second victim, a child, was being protected by Detective Paul Knox near a utility vehicle. This necessitated a further recovery attempt and again Constable Van Turnhout and Senior Constable Weir volunteered. They drove the van to the utility vehicle and recovered two children, Detective Knox, Constable Harvey and two other people. One of the children was dead and the other, although seriously wounded, survived the ordeal. Both recovery operations were exemplary acts of bravery in the highest tradition of New Zealand Police. 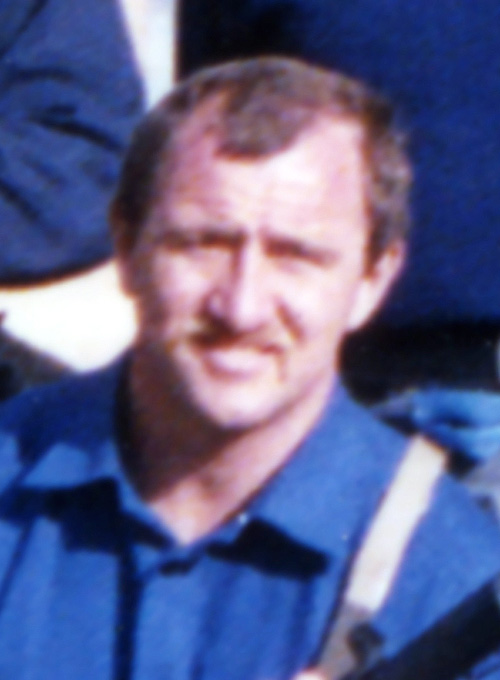 With the arrival of the AOS and Anti-Terrorist Squad, the situation became better resourced. Sergeant Michael Kyne led his team on a painstaking and methodical search of 29 houses in the village, in an endeavour to apprehend the gunman. In the course of the operation the gunman fired indiscriminate semi-automatic gunfire at Sergeant Kyne and his team of Constables Timothy Ashton, Robert Barlass and Peter McCarthy.

Constables Barlass and McCarthy attempted to lob teargas grenades into the house amid heavy fire from the gunman. Without warning, the gunman burst from the residence, firing indiscriminately from the hip at Constables Ashton and McCarthy and others, calling for the Police to shoot him. Constable McCarthy appealed in vain for the gunman to drop his weapon, and simultaneously the gunman was hit and felled by return Police fire.

Sergeant Kyne and his team placed themselves in a situation of extreme danger to apprehend the gunman. Their conduct was in the best traditions of the New Zealand Police.