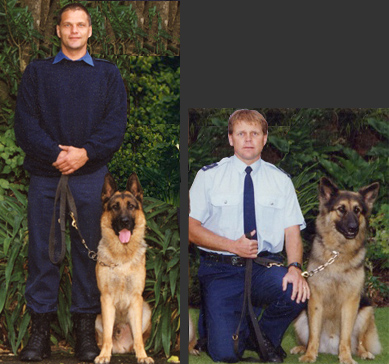 On 23 September 1993, Constables Dean Pleydell and Patrick Rice pursued a man in a vehicle who had committed an armed robbery of an Auckland City bank. The offender abandoned his getaway vehicle and threatened two members of the public with a loaded pistol. Fearing for the safety of these people, the two unarmed constables approached the gunman and Constable Pleydell confronted him.

The gunman levelled his weapon at Constable Pleydell. Fearing the gunman would shoot, Constable Rice tackled the man, knocking him to the ground. This gave both constables the opportunity to overpower and subdue the offender.

Constable Rice’s actions almost certainly saved the life of Constable Pleydell and, in doing so, they apprehended one of the country’s most wanted criminals.