During January 2005, an industrial dispute involving striking workers and protestors caused riots at Yandina in the Solomon Islands. At the time of the riots, Sergeant Bertrand was a police constable with the acting rank of senior sergeant. On 17 January (the first day of the riots), a group of striking workers attempted to storm the police boat tying up at the wharf. Constable Bertrand led a small number of Royal Solomon Islands Police Force (RSIPF) officers to deal with this attack. She and her small group were heavily outnumbered but, despite being assaulted by a number of protesters, she was able to stand her ground and make an arrest while waiting for back-up. Sergeant White, then an acting inspector, together with another officer, went to her assistance using pepper spray to force a number of strikers to withdraw. They were punched and kicked while doing so. An arrested person was placed in the police cells. 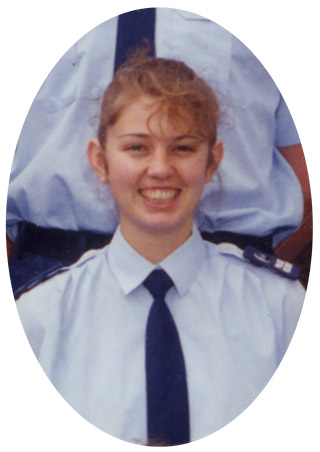 Some 300 angry strikers attempted to storm the police station to release the man. A two-hour struggle ensued before the mob was forced away. During the struggle, a number of women and children were pushed to the front of the crowd to prevent police using pepper spray or baton charges to disperse them. With the young children in the front line, some of the men at the rear began using slingshots to fire stones at the police, some of which were large and thrown with such force they travelled more than 100 metres. Constable Bertrand risked placing herself at the front to protect the children and called upon those slinging stones to cease their activities. Her positive action and the respect the local population had for her encouraged the rock throwers to stop. The officers present at this incident didn’t have protective equipment available to them.

The next day (18 January), around 50 people attacked police lines in front of a ship that had arrived to load the local copra crop. Some of the crowd retreated, leaving the ground open again for rocks to be thrown by slingshot at police. Despite being struck on the leg by a rock, and receiving a significant injury, Constable Bertrand took a team of RSIPF officers to the rear of the crowd in an attempt to deter the stone throwers and arrest those who continued to assault the police lines. Her actions played a major part in temporarily restoring order. A little later, another group of about 50 strikers moved to the rear of the copra company’s yard, destroyed the boundary fence and began stoning the workers inside.

The police reserve group went to confront them and Constable Bertrand took the police vehicle from the police station and acted as a collection point for prisoners and the injured. The vehicle immediately came under attack, with the entire crowd turning against police. More than 400 people were now attacking the police positions. Constable Bertrand retreated to the police station and, despite the risk, exposed herself to a hail of rocks in order to move a group of children who had been sitting nearby. She then managed to get some protective equipment and led a RSIPF team out to disperse the attackers. 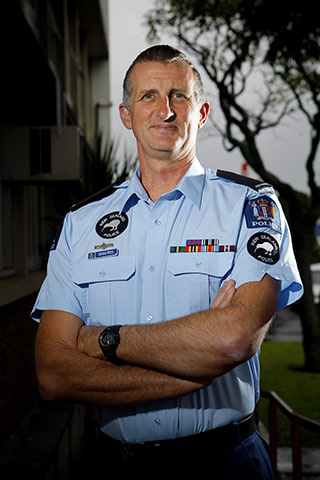 On 19 January, a list of identifiable offenders was compiled and arrests made, resulting in some 150 strikers coming back to confront the police station. After a long stand-off and some negotiations, a number of people gave themselves up to police. By early afternoon, the number of arrests had risen to 57. These prisoners were successfully removed from Yandina, after which police spent the rest of the day out in the community talking to people, trying to settle the situation down to ensure their own safety, the safety of the local RSIPF members and those workers who had tried to load the ship.

Throughout these incidents, Sergeant White and Constable Bertrand displayed exceptional bravery and leadership in the face of an overwhelming number of rioters armed with slingshots and rocks. They co-ordinated defensive positions and led repeated forays of untrained RSIPF personnel against the rioters in efforts to disperse them. Their leadership, determination and resolve during the days of rioting led to the successful quelling of the riots and the arrest of close to 60 offenders. The police response was undertaken with very limited personnel and resources, without respite for replenishment and in circumstances which had the potential for the loss of life.

These New Zealand Police officers distinguished themselves with a number of acts of bravery during this very dangerous period.