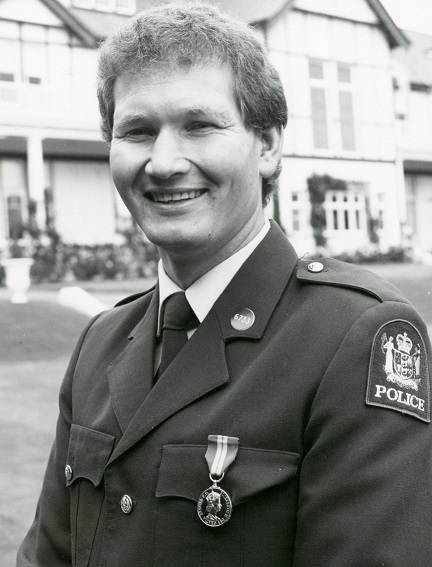 On 20 June 1985, an escaped prisoner held up two women on a remote farm on Banks Peninsula. For the next few days the rural community was terrorised, knowing the offender was likely hiding in the area.

On 22 June 1985, Constables Stephen Linney and Graham Glithero checked an empty farm house at Putiki, Port Levy, during the search for the offender. Finding a broken window, Constable Glithero returned to the car to call for assistance, while Constable Linney observed the property. Linney heard movement on the rocks nearby. Moving forward in the pitch darkness, he made his way toward the water’s edge. As he got closer he shone his spotlight on a man carrying a rifle. Constable Linney drew his pistol and called on the man to freeze. The man refused, saying: “You aren’t going to take me. I’m not going back again.” Constable Linney tried to force the man to the ground so he could be handcuffed. The offender resisted violently and a fierce struggle ensued. During the tense and violent fight, the men wrestled for control of the rifle, exchanged blows and struggled to the point of exhaustion.

Eventually the offender attempted to bring the rifle around to point at Constable Linney’s side, saying: “It’s you or me.” Constable Linney, feeling that his life was threatened, brought up his revolver and fired one shot into the man’s leg. The offender's rifle came free and Linney threw it into the water. The man picked up a large piece of driftwood and struck a number of blows, hitting Constable Linney on the head. The offender threatened to use his knife, so Linney struck him with the butt of his pistol and finally handcuffed him.

Constable Linney displayed extreme bravery in tackling an armed offender in such difficult, unfamiliar terrain, and showed resourcefulness, courage and skill in finally overpowering a very determined and violent offender. 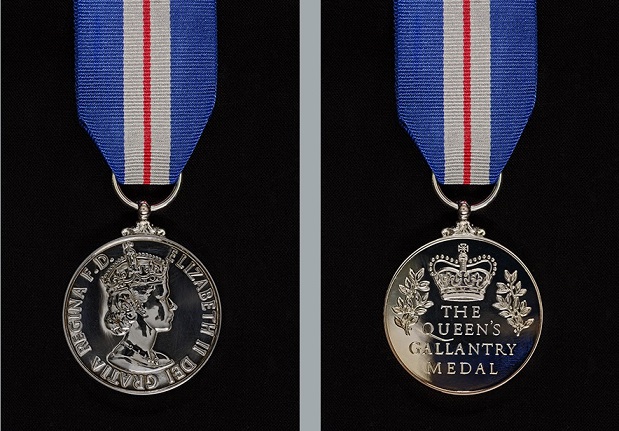