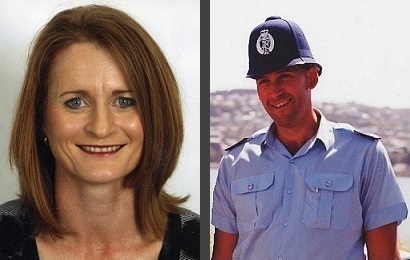 At about 1pm on 5 July 2002, Detectives Jeanette Park and Detective Constable Duncan Taylor went to an address in Taipo Road, Rongotea. They were warning a local family that a person known to them, and who was the subject of a Domestic Protection Order, may have returned to the area. While talking to the family they saw the person drive past the house. The two officers, who were unarmed, pursued his vehicle which stopped. As the Detectives approached the vehicle the offender drove off and returned to the Taipo Road address.

The offender’s vehicle and the Police car both stopped in the driveway of the house. As the two officers left their car, the offender presented a rifle at Detective Constable Taylor and, without warning, fired a single shot which killed him instantly. Detective Park considered going to the aid of her colleague but saw the offender point the high-calibre rifle at her. He fired a shot, which missed. He then fired another shot, hitting her and inflicting a serious wound. Nevertheless, she was able to jump the cattle stop at the end of the driveway as the offender fired a fourth shot. Believing she was being hunted by the offender and knowing she had to get help, Detective Park used cover to go some 500 metres across farmland to a house.

She alerted the occupants to the danger and reported the situation to Police Operations. She then began taking the house occupants to a place of safety but saw another Police car had arrived and was parked too close to the house where the shooting had taken place. Detective Park made her way up a ditch to the patrol car to warn the officers to move to a place of safety. By this time the pain from her wound was severe and she could no longer stand. She crawled along the roadside and warned another officer of the danger. Detective Park was then evacuated to hospital to have her wounds treated.

The actions of Detective Park and Detective Constable Taylor gave the family time to barricade themselves in a room, from which they eventually made their escape unharmed, after the offender was arrested.