On 12 October 1996, Constable Sloss responded to a call from a woman who was worried about her ex-boyfriend waiting at her home. Constable Sloss and the woman entered the property together. The offender was waiting behind the door and attacked her with a large knife, intent on killing her. Constable Sloss intervened and was himself attacked with the knife. 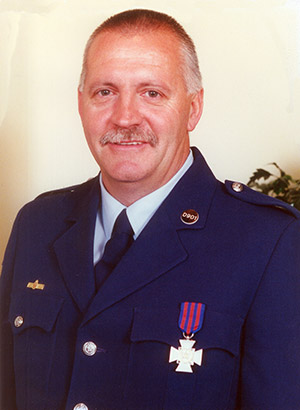 The woman, who had suffered repeated blows from the knife, was able to leave the house to get help, convinced Constable Sloss would be killed. Constable Sloss was in a fight for his life, being stabbed three times in the back, once in the abdomen, once in the right forearm, and a serious injury to his left hand. However, he succeeded in overpowering and handcuffing the man before calling for assistance.

His actions saved the life of the intended victim while receiving severe injuries of his own.